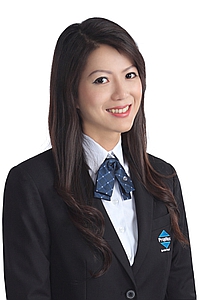 PRIVATE RESIDENTIAL
4Q 2017 rebounded strongly with 0.8% price growth and robust resale transaction volumes
URA’s Q4 2017 data shows that prices of private homes in Singapore rose by 0.8 per cent quarter-on-quarter (Q-o-Q), ending the price decline since Q4 2013 when demand was relatively weak and muted due to the imposed cooling measures, with prices rebounded to similar growth of 1.1 per cent in year 2013.

Mr Ismail Gafoor CEO PropNex Realty commented, “2017 has set a stage with positive market sentiment as we witnessed many buyers and investors moving in quickly to pick up units expecting further price increment moving forward due to the aggressive land bids at GLS and wave of collective sales last year (in 2017). The positive growth and price appreciation is expected to continue in 2018 for private residential market in the coming quarters.”

Resale segment took the lead with 14,043 units forming 56 per cent of total units transacted in 2017, surpassing sales of new homes by 3,477 units signifying the increasing demand in the segment.

Mr Ismail highlighted, “Buyers continue to be attracted by the resale prices which are generally still under priced at 10 to 15 per cent lower than new launches.” He added that buyers should take this opportunity to make a move in their purchase before resale prices start to increase in the coming months, taking reference from expected higher price points for the upcoming new launches.

Prices in CCR rose by 1.4 per cent signifying greater confidence and the trend of overall growth. Mr Ismail highlighted, “In 2018, the demand for CCR will continue, with many home investors and foreign buyers purchasing units, attracted by the affordable pricing for luxury properties.” He added that as compared to the other major cities like Hong Kong, Tokyo, Sydney and London, residential properties in the prime districts here are relatively affordable for home investors.

Outlook for private properties in 2018

“The encouraging sales volume and the pickup in home prices witnessed in 2017 signalled that the private residential market has indeed turned a corner and is expected to recover in 2018 with the steady pipeline of upcoming launches and overall market sentiment.” Mr Ismail added.

For 2018, Mr Ismail predicted an overall upside growth of 6 to 8 per cent. He further explained, “The first half of the year will likely to witness a steady growth of up to 3 per cent while in the second half we can expect a greater growth up to 5 per cent. This will total the overall price growth to be 6 to 8 per cent mainly contributed by higher price points at new launches which will in turn bring up the overall selling prices of the resale and existing launches moving forward.”

22, 077 public home transactions recorded in 2017
Prices of Public Housing continued its negative growth for five straight years, with a 1.5 per cent decline overall in 2017. However the 0.2 per cent drop in 4Q 2017 is encouraging, as compared to the 0.7 per cent decline experienced in 3Q 2017.
Mr Ismail highlighted that the price decline in 2017 is highly attributed to the greater number of HDB owners and upgraders selling their properties in pursuit of upgrading to private properties this year.

“The en bloc boom in 2017, alongside the positive sentiment in the residential market is set to increase the demand for HDB resale properties as some of the displaced home owners might consider purchasing resale flats as their new home. HDB prices will experience a positive growth of 1 to 2 per cent in 2018.” Mr Ismail added.

The HDB resale segment also witnessed 5738 transactions this quarter and 22,077 transactions for the whole year – the highest in the past five years. Mr Ismail believes that this will pave the way for close to 24,000 units transacted by end of 2018. #StayHome and Check out property matters via video chat. Just message the agent to schedule a call.

Thank you for your video chat enquiry. You'll hear from us soon by phone or email.